Scalp Micro Pigmentation Lancaster : What? Why? And how?


Scalp tattoos, permanent makeup, hair loss treatment; all frequently used names for the revolutionary treatment called Scalp Micro Pigmentation. The SMP treatment has been developed over the last several decades with the goal of making hair look fuller and bald patches less prominent. Years of research has made this treatment what it is today, more than just a tattoo, it has been perfected into a procedure that can help treat hair loss caused by a wide variety of issues ranging from receding hairlines, to alopecia or even to reduce the appearance of hair transplant scarring by implanting pigment into the scalp, creating the appearance of hair follicles in the gaps of natural hair growth.

The reason the SMP treatment from SMP Lancaster works much better than just a regular tattoo is all based around the types of needles and pigments used. The needle used for a SMP tattoo goes 5 layers into the skin which can cause the pigment to run over time. By contrast, the needles used in scalp micro pigmentation only places pigment into 2 layers of skin, reducing the amount that pigment will spread, adding to the longevity of the treatment and also the appearance of natural hair follicles. What is more, the needles used are thinner to make the pigment hyper realistic as they are small enough to create the appearance of induvial hair follicles as opposed to just shading in the layer of skin.

What is the Process for SMP Hair Tattoo?

A treatment this specialised is a long process and will often take meeting with your specialist on multiple occasions before the course is complete. The procedure starts with a consultation between the client and the specialist. During this initial appointment, they will discuss the reasons behind the treatment, the desired results after the procedure and discuss any questions or concerns that the client may have. This consultation is the opportunity to make sure that the technician and the client are both aware of the end goal of the treatment. Once this consultation is done, they will book sessions for the treatment to take place. These will be spaced between 10 and 14 days apart from each other to allow the pigment settle so the specialist can see accurately the appearance of the area. It is very common for there to be several sessions needed, dependant on the desired outcome of the client, however, the technician will be able to advise on the best course of treatment to achieve this. The first session where the treatment takes place is often less detailed, but more a time where the specialist can map out where they will be putting the pigment, checking that the client is happy with it and setting expectations. The following treatments are where the majority of pigment will be added. During these sessions, the specialist will focus on increasing the density of hairs, adding lots of fine lines of pigment to replicate individual follicles, and increasing the overall appearance of thicker, fuller hair or creating the illusion of stubble.

After the full course of hair tattoo treatment has taken place, this is when the aftercare will become necessary. In the first 3 to 4 days after treatment, it is important that the client does not touch the treated area or cause any unnecessary disturbances to the surface of the scalp, including washing it. The client should also avoid direct sunlight as this can disrupt the intensity of the pigment. After the fourth day, you can start to gently wash your scalp again and apply natural, scentless moisturisers to prevent the surface of the scalp drying. It is also after the fifth day that you can start wearing hats or covering your head. Generally, for the first month after the course of treatment, the client should avoid any contact with direct sunlight, and ensure they wear sun cream over the treated area with a high SPF. Exfoliating the area is also a good way to gently remove the build up of any dead cells and to keep the treated area fresh.

What are the benefits of SMP Lancaster treatment?

This is a long process that will take a lot of time for the specialist and dedication to maintain a high quality of aftercare from the client, made worthwhile by the remarkable benefits of having the procedure done. One of the obvious benefits is the confidence that it can give someone who has experienced hair loss. According to SMP Nationwide, ‘Male pattern baldness affects most men at some point in their life’ and that ‘40% of women will suffer from some sort of hair loss before they reach the age of 40’ which means that a high percentage of the population would benefit from this procedure, and that doesn’t even include those who experience the effects of conditions such as alopecia. This procedure is an effective way to reduce the visibility of hair loss for a long period, as it can last up to 6 years. In addition, it is a safe way of increasing the appearance of the hair’s fullness, as the pigment will be focused between follicles, but if it did go over an existing follicle, it does not damage it as not only is the pigment used natural and plant based, but it also is not put deep enough into the skin to cause any damage. Moreover, the treatment is designed to thicken the appearance of hair, so clients would not need to shave the area beforehand. Years of research have meant that specialists are highly trained in making sure the appearance of the pigment is natural, blending it effectively into the client’s hair line so that no one else would notice the treatment had even taken place.

Hair loss and thinning is unfortunately, a natural part of life that can deeply knock some people’s self-confidence. However, this treatment ultimately works to change that, aiming to make hair appear fuller and give them a more positive outlook on their appearance. 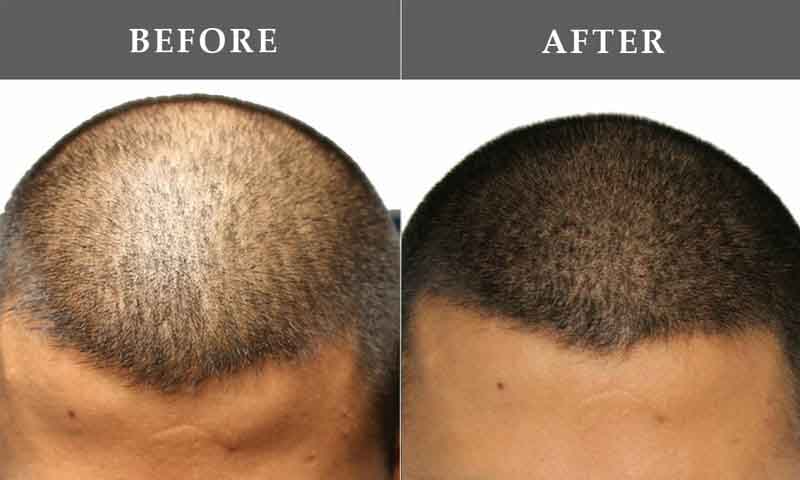 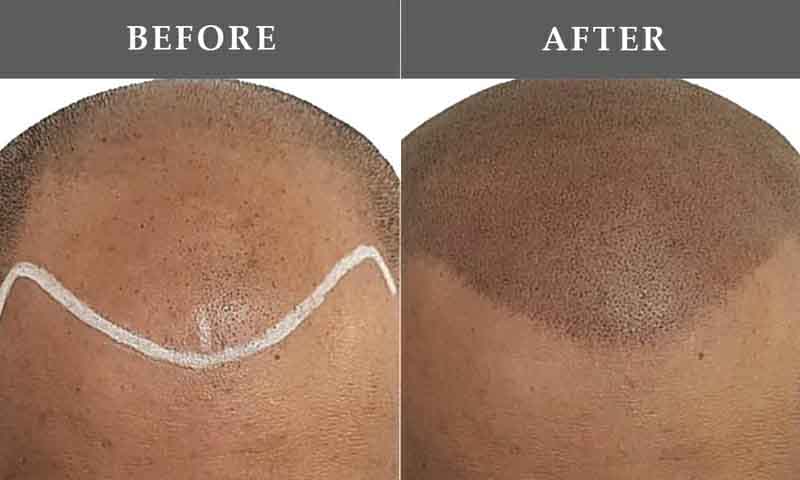 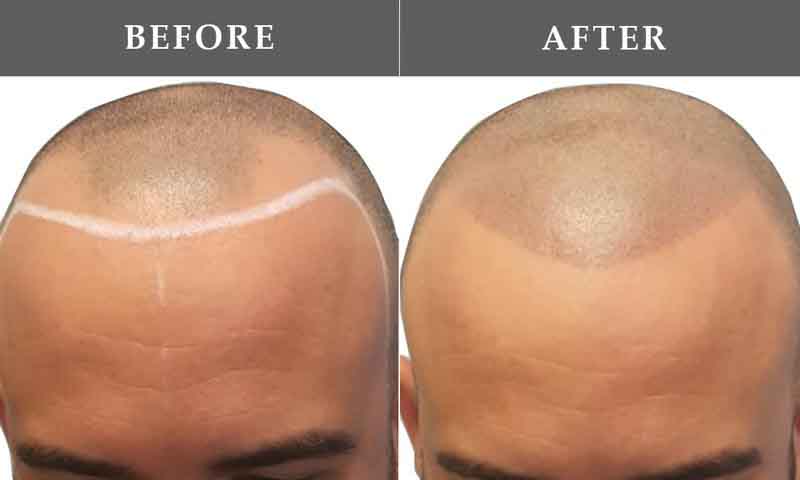 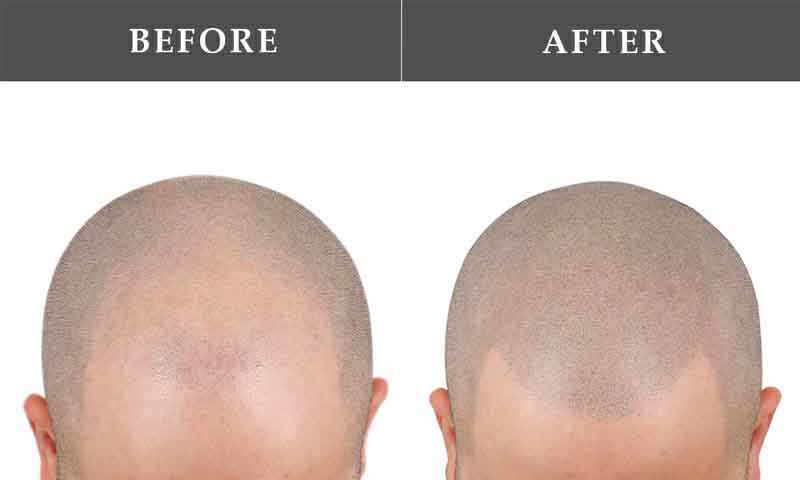 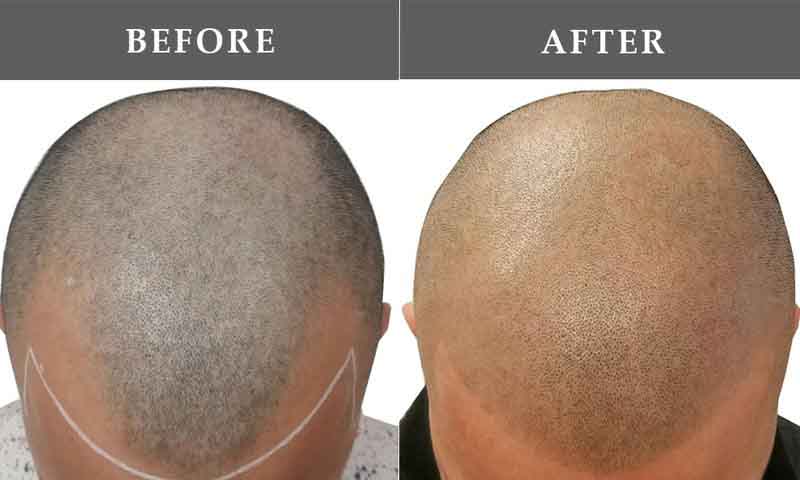 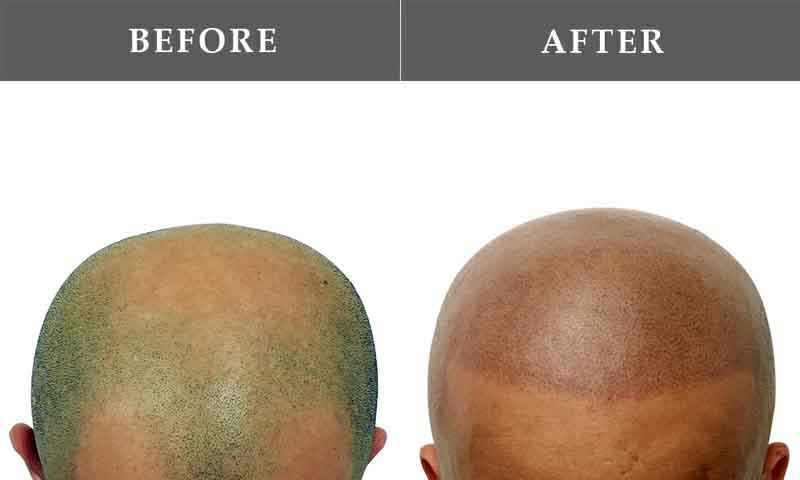